Canada is the biggest country in North America. It is a ginormous land encompassing majestic mountains, spectacular coastlines, virgin forests, vast prairies, and Arctic tundra. While most of the nation is of British and French descent, Canada is home to a mosaic of multicultural communities. Here is an overview of the places to visit in Canada.

Niagara Falls comprises of three majestic waterfalls situating on the border of Canada’s Ontario and the United States’ New York. The Ontario side of the Falls is called Horseshoe Falls and renders the best views and most attractions. The immediate area surrounding the Falls are observation towers, restaurants, souvenir shops, casinos, and high-rise hotels. However, One of the best spots to view the Niagara Falls on the Ontario side is from Queen Victoria Park. There the Falls are illuminated, and fireworks are displayed nightly during the summer. Thus, it proudly ranks 1st in the places to visit in Canada. 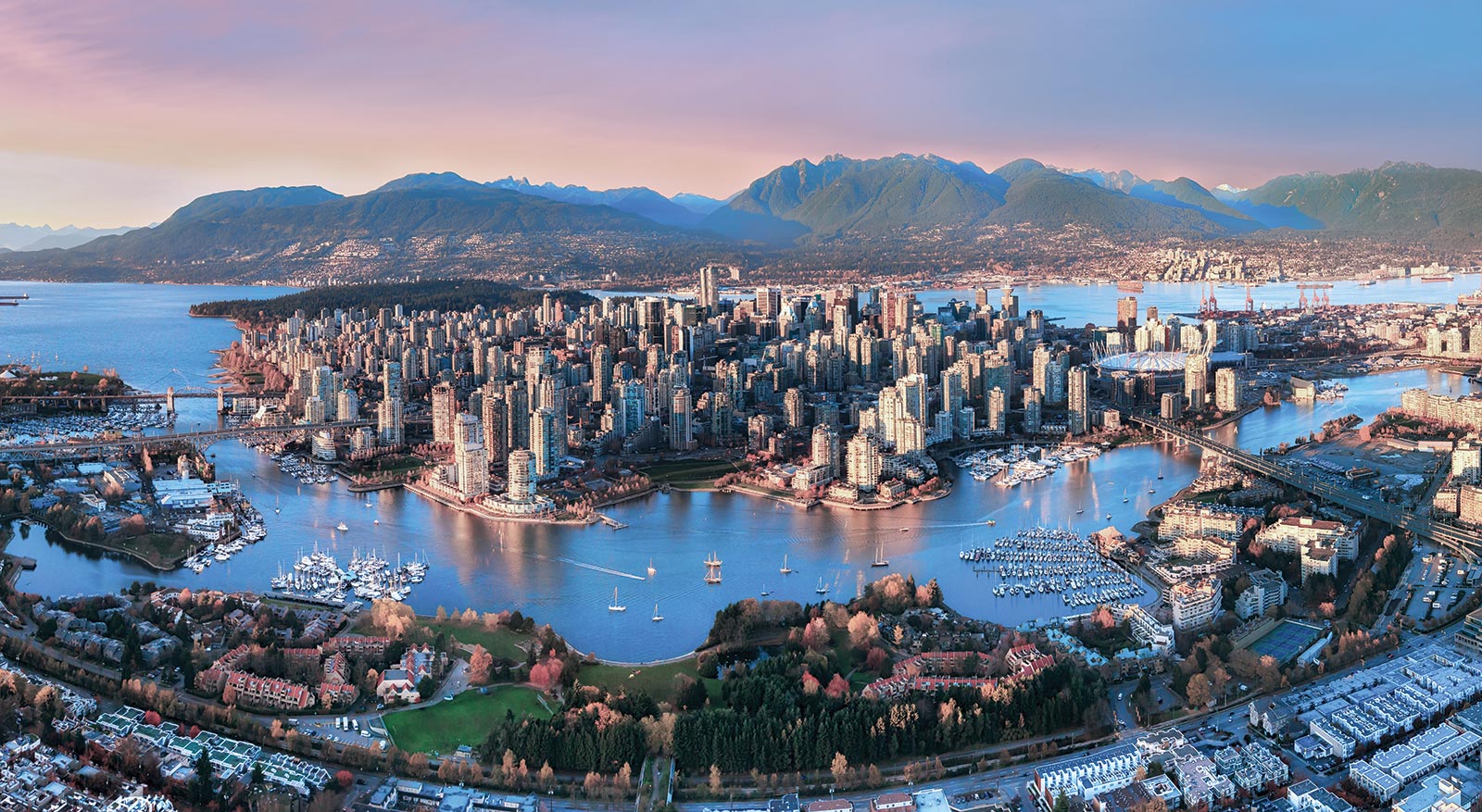 Situating between the Coast Mountains and the Pacific Ocean in British Columbia in Vancouver. It is preferred for its majestic landscapes that offer the tourists to swim in the ocean, rollerblade through scenic parks and snow ski in the mountains all in one day. The third largest metropolitan area in the country, Vancouver is one of the most popular places to visit in Canada. Moreover, Vancouver’s ace attraction is Stanley Park which occupies a vast area of woodlands, gardens and green spaces.

Locating in the province of Alberta, the Banff National Park is Canada’s first national park and most visited national parks. In addition to that, the park’s breathtaking scenery and wildlife attract many tourists every year along the Trans-Canada Highway, which passes through the park. Moreover, Banff National Parks boasts of wildlife like black bears, grizzly bears, bison, moose, bighorn sheep, wolves, and bald eagles. Also, it ranks 3rd in the places to visit in Canada.

The capital of Ontario, Toronto is the most populated city in Canada as well as one of the largest cities in North America. Comprising a large number of ethnic districts like Chinatown, Little India, and Little Italy, it is the world’s most culturally diverse cities. It is thus considered in the list of places to visit in Canada. Also, the city’s main attraction draws range from impressive landmarks such as the iconic CN Tower and the fairytale castle of Casa Loma.

The second biggest city in Canada after Toronto, Montreal is the cultural and financial capital of the Quebec province. Boasting the largest French-speaking community outside of Paris, France, Montreal is a bustling metropolis. Also, it comprises a downtown district, a historic quarter, entertainment district and several distinctive neighborhoods. Moreover, its main sights include downtown skyscrapers like the Olympic Tower, the historic buildings of Old Montreal and several themes and water parks.

Situating at the confluence of the Ottawa, Gatineau, and Rideau rivers in southeastern Ontario, Ottawa is the capital of Canada. As the nation’s capital, Ottawa serves home to many financial, commercial and federal establishments. In addition to that, it respectively includes Parliament Hill, the government seat where the ceremonial Changing of the Guard takes place daily during the summer. Passing right through the heart of the city, the Rideau Canal is Ottawa’s main attraction. Further, in winter the canal becomes the world’s largest ice skating rink.

The Whistler resort is the largest and most famous alpine ski destination in North America. It is locating in the Coast Mountains of British Columbia in western Canada. However, it is a two-hour trip from Vancouver along Canada’s most scenic drive, the Sea-to-Sky Highway. At the bottom of the two mountains are three quaint villages, Whistler Village, Creekside, and Upper Village. The Peak 2 Peak gondola transports travellers from the villages to the mountains.

Q. Which are the Finest places to visit in Canada in December?

A. Whistler & Ottawa are some of the finest places to visit in Canada in December.

Q. Which are the best places to visit in Canada with family?

A. Banff National Park, Butchart Gardens and Niagara Falls are some places you can consider visiting in Canada with your family.

Q. Which are the most Wonderful places in Canada?

A.  Niagara Falls, Vancouver, and Toronto are the most wonderful places to visit in Canada, especially for photography lovers.

Q. What is the appropriate time to visit Canada?

A. While Canada can be visited any time throughout the year, the apt time depends on your budget and for your purpose. While September and October offer a pleasant weather & reasonable holiday expenses, the winter time is the best for exploring the beauty of the snow. However, if you aspire to have a value for money vacation, the springtime, i.e. mid- March to mid-May is the aptest time to plan your vacation.

Read to know why Hong Kong is the most happening place