Thailand is scenery of extravagant scenes that comprise bustling modern cities crowded with motorbikes and tuk-tuks, Buddhist temples tended by orange-robed monks, hill tribes selling handicrafts, lush landscapes dotted with traditional farming villages, ancient ruins and stunning coastlines peppered with gorgeous beaches and blue lagoons. Such a captivating portrait explains why Thailand is Southeast Asia’s most popular travel destination. This overview of the best places to visit in Thailand shows where to find the cultural, historical and natural attractions.

Let’s have a look.

The islands off the coast of Thailand are famous throughout the world for their beautiful beaches, others for their gorgeous scenery and some even claim their fame for the party atmosphere. There are three main sets of islands in Thailand. To the east of Bangkok there are Ko Samet and Ko Chang, in the Gulf Ko Samui lie Ko Pha Ngan and Ko Tao, and in the Andaman Phuket and Ko Phi Phi. Phuket is the country’s largest and most developed island, connected to the mainland by two bridges. Ko Phi Phi is famous for the movie “The Beach,” while Ko Tao is Thailand’s diving mecca. However, there are many, many more beautiful islands to choose from. 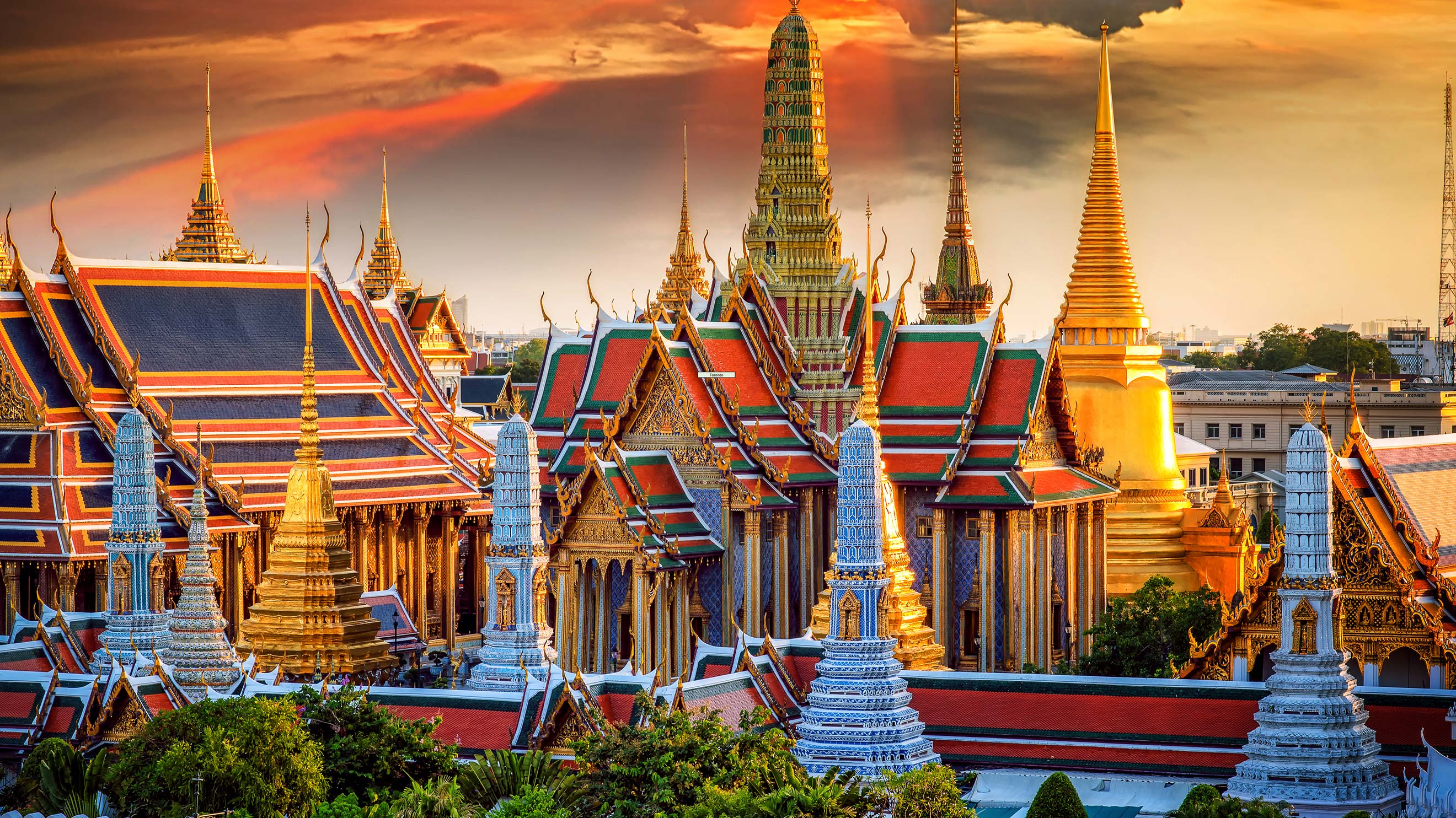 Thailand’s capital city and by far the largest city in the country, Bangkok, is a buzzing cosmopolis of high rise buildings, magnificent palaces, ancient temples, glittering nightclubs, bustling markets and streets lined with vendors hawking souvenirs and tantalizing foods. While the city is sometimes described as a concrete jungle jam-packed with noisy traffic and air pollution, Bangkok is not without its natural beauty that is seen in its remaining canals, green spaces, and flowering tropical plants. The famous tourist street, Khao San Road, is a good place, to begin with, its cheap shopping, dining, and nightlife.

Surrounded by the mountains of northern Thailand, Chiang Mai is a flourishing city often used as a base among both backpackers and tourists wishing to explore the lush landscapes, hill tribes and outdoor adventures of the region. Nevertheless, Chiang Mai itself is a large and culturally significant city where historical and modern Thai architecture and traditions coexist. A walk around the historic center bestows views of old city walls and dozens of Buddhist temples. However, the most famous of these temples, Wat Phrathat Doi Suthep, lies outside Chiang Mai on a mountainside overlooking the city. 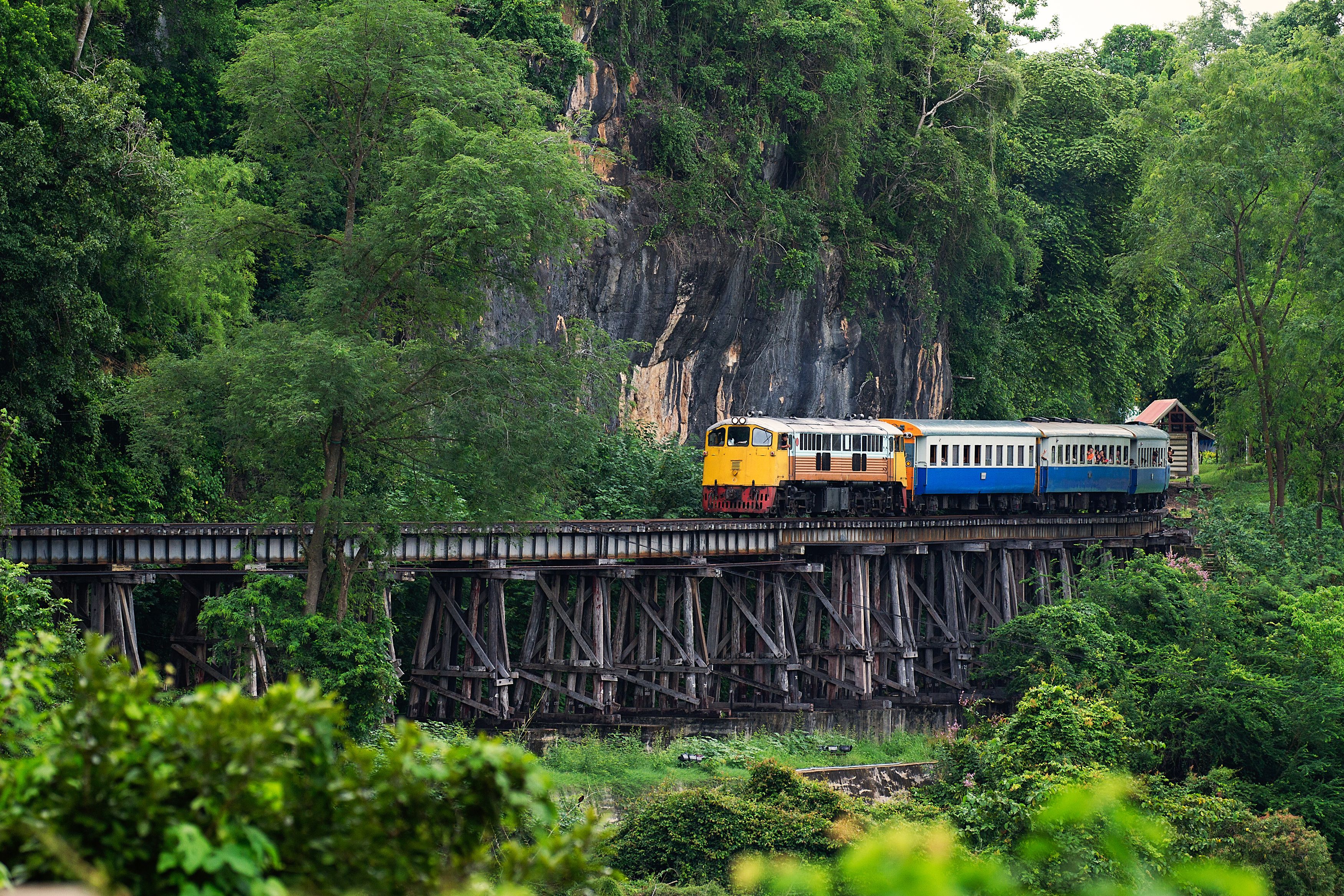 Located in western Thailand and admired for its beautiful scenery and accessibility to national parks and waterfalls, Kanchanaburi is best known for the Bridge over the River Kwai that is linked with the historic Death Railway to Burma in which thousands of Asian laborers and POWS died during its construction under Japanese occupation during WWII. Several museums and war cemeteries all present information about the city and its bridge during the 1940s Japan occupation. Outside of Kanchanaburi are several national parks, including Erawan and Srinakarind National Parks, which offer beautiful scenery, waterfalls, and caves.

Founded in 1350, the city of Ayuthaya is located in the Chao Phraya River valley in Thailand. It sits on an island surrounded by three rivers connecting it to the Gulf of Siam. King U Thong proclaimed it the capital of his kingdom, the Ayuthaya Kingdom, better known as Siam. Once declared the most magnificent city on earth, Ayuthaya was an impressive site, with three palaces, more than 400 temples and a population that reached nearly 1,000,000. In 1767, the Burmese attacked and conquered Ayuthaya however and the capital was moved to Bangkok. The ruins of Ayuthaya are now a major attraction for those visiting Thailand. It is just 80 km (50 miles) north of Bangkok and one can easily reach by train, boat, bus or van.

Considered by many to be one of Thailand’s most beautiful wildlife reserves, the Khao Sok National Park covers jungle forests, limestone karsts, rivers and lakes in the Surat Thani province of southern Thailand. The reserve is home to some of the most amazing wildlife in Thailand such as Asian elephants, barking deer, wild boar, bears, Malayan tapirs and various monkeys breeds like gibbons, pig-tailed macaques and langurs. Moreover, there are several trails in the park from which visitors can choose to enjoy trekking through the jungle to spot wildlife, photograph beautiful waterfalls, swim in natural pools and admire stunning vistas from elevated viewpoints.

Railay (or Rai Leh) is a small peninsula in south Thailand. It is only accessible by boat due to the high limestone cliffs cutting off mainland access. Also, these cliffs attract rock climbers from all over the world. But, the area is also a popular attraction in Thailand due to its beautiful beaches and a quiet relaxing atmosphere. Almost every patch of buildable land fronting in the eastern and western part of the peninsula has been taken over by bungalow resorts. And, development is creeping up into the forest behind. Also, there are no high-rise buildings, and much of the construction is hidden among trees or set amid prettily landscaped gardens.

Sitting on an extinct volcano in northeastern Thailand, Phanom Rung is a Hindu shrine complex regarded for its outstanding architecture. Located near the village of Nang Rong, this temple sanctuary was built by the Khmer culture. Between the 10th and 13th centuries as a dedication to the Hindu god, Shiva. Constructed of sandstone and laterite, Phanom Rung represents Mount Kailash, the sacred home of Shiva. The complex faces east, and four times a year the sun shines through all 15 sanctuary doorways. During these events, the park extends its hours, and locals celebrate the Phanom Rung Festival around the April alignment. With ancient Brahmin ceremonies and modern sound-and-light shows.

‘Battle Hymn of the Republic’ by Kate Magdalena for July 4th

Visit beaches near New York because there’s more than skyscrapers